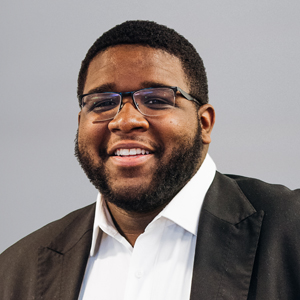 Daniel was born and raised in Delaware and currently lives in the city of Wilmington. His passion for education and community engagement comes from his experience and childhood, which included a high-quality education system that allowed him to be the first person in his family to graduate from college.

After graduating from college, Daniel worked as a community organizer for the Delaware Repeal Project – a coalition of organizations working to repeal the death penalty. He has worked on numerous federal, state and local advocacy and political campaigns in Delaware. Daniel got his start in politics as an intern working on Senator Chris Coons’ re-election campaign. Realizing the impact of education policy on his community, Daniel made education reform the first pillar of the Delaware Young Democrats Minority Caucus–where he served as founding chair. In addition to his community organizing experience, Daniel worked in the Delaware House of Representatives where he was assigned to the co-chair of the House Education Committee and chair of the House Labor Committee. Most recently, Daniel served as special assistant during Congresswoman Lisa Blunt Rochester’s campaign, where he led the team’s voter contact and outreach efforts.

Daniel holds a bachelor’s degree in political science from the University of Delaware and a master’s degree in public administration from Wilmington University. Daniel is a minister and enjoys cooking, shopping and watching The West Wing.

I aspire to be like Dr. Jamal Bryant and Geoffrey Canada. Here’s why:

Dr. Jamal Bryant, founder and senior pastor of Empowerment Temple in Baltimore, knows there is a responsibility to equip and improve the communities in which you live. He is a man that promotes social change and empowerment for all. During college I watched the documentary Waiting for Superman and heard about the work Geoffrey Canada was doing. After watching the documentary I attended a town hall discussion at the University of Delaware to hear him speak in person. Leaving his presentation, I was determined to effect change with the same passion and drive he exhibits with the Harlem Children’s Zone.

Why I love my job:

I have the ability to work with Delawareans and community leaders from across the state to effect change in education. It is not often a person is able to do meaningful work and have a full time job, but I am lucky enough to be able to do both at the same time.

My connection to public schools:

I was educated in the Delaware public school system and attended three different high schools. That experience showed me the lack of consistency in public education in my state. I was able to see firsthand what worked and what didn’t for students from diverse backgrounds and geographic locations.

Sports. During high school I played football, but it became clear I did not have the genes my siblings had. I eventually joined the chess club, school newspaper and yearbook committee.

This image represents why I work at DelawareCAN: This is a photo I took of Delaware Governor Jack Markell signing a bill that mandates school-based wellness centers in all Delaware schools. Seeing the appreciation of district staff, teachers and students showed how working to improve one part of our education system would improve the learning ability of all our students.